What are you looking for?

Dogma – One of the many that didn’t quite made it…

The first post on the blog goes in the Brand History category – The place where we’ll collect information, adverts, interesting stories and our own research on the makers of the pieces we own and sell.
This info on the Dogma brand was collected a couple of months ago and published on a couple of the watch forums, but since it was done by me – here is the fullest and latest version of it.

Dogma was a watch brand available on the market between 1860 and 1970 by the Fabr.d’Horl Clémence Freres & Cie. (later – A. Dorsaz & Cie.) in La Chaux de Fonds, Switzerland. This is a well-known “watch-city”, where local watch-making culture dates back to the 17th century and is still alive to this very day.

It seems that the company started making watches as early as 1860 since in the 60’s of the 20th century they celebrated their 100th anniversary. 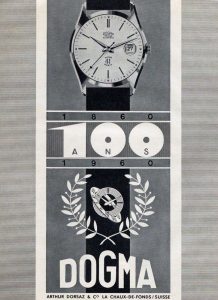 Later on – in 1909 the company struck a deal with a watch/gold retailer Siegmund Neumann who owned several stores in Basel and Luxemburg. It’s very likely that later on, during the World War II this cooperation helped them become one of the Swiss manufacturers making “Dienstuhren” or Service watches for the Wehrmacht and the Luftwaffe. Some of their watches from that period are housing Landeron movements, but they’ve mostly used the A. Schild S.A (AS) 1130 movement as most of the other comparable German Service Watches providers did – Phenix, Freco, Bulla, Glycine, Helma, Choisi, Nisus, Midi, Era, Flora, Gala, Onda, BWC, Pront, etc. Their pieces during the World War II were with superb quality and real nice look. After the war – in 1949, the company was re-registered and the brand was transferred to the Fabrique d’Horlogerie Arthus Dorsaz & Co. They were selling Dogma on their own now and it was all over Western Europe. Not much additional info on them during the 50-60s except from October 1956 – the company filled a trademark infringement case agains a rival brand – Dog. Watch brand owned and made by the Redia watch co. mainly for sales in Tangier. The case was won by Arthur Dorsaz & Co.
Overall during their whole lifespan the Dogma watches stood for fairly priced, decent quality pieces. Known movements they’ve used in the 30s, 40s and 50s are FHF 2124, A. Schild S.A (AS 1130), Landeron (39, 47, 48, 149 and others), Fleurier (FEF 290) and ETA (853). During the 60’s the company was still on the market, but only a handfull of Dogma pieces with Valjoux 7733 have resurfaced. It’s very likely that the company has fallen a victim of the Swiss “Quartz Crisis”.
Last known info on the brand itself is from 1972 when Aubry Frères SA acquired the rights to it. In 2008 the brand reappeared in Madrid, Spain. This time selling low-end designer pieces made by Brit Watch Internacional, S.L. The “new Dogma” is using the old logo and claiming to have inherited the old company (this time established in 1897). They are still around and making cheap Rolex and Hublot knockoffs with questionable quality and cheap ETA movements.

Here are a couple ads of the real Dogma brand throughout the years: 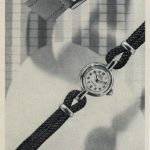 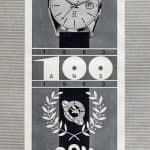 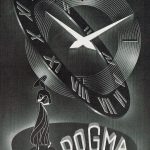 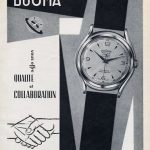 Check out our Dogma models